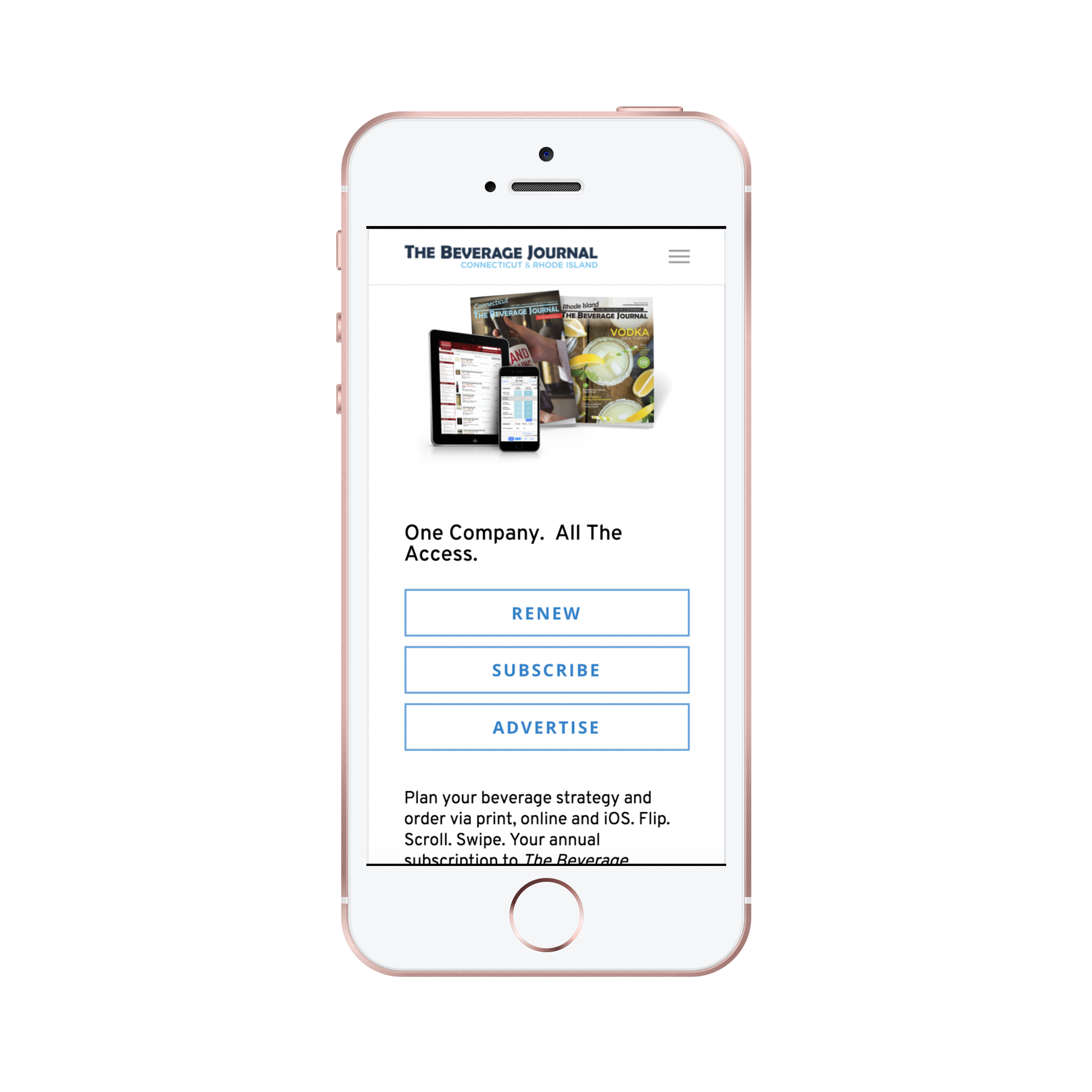 The Beverage Journal is a publication for liquor distributors in Rhode Island and Connecticut. They have been publishing significant amounts of content in the form of text and multimedia for roughly 7 years. When the project was presented, The Beverage Journal wanted a simple redesign on their WordPress site. When we evaluated the options we were able to provide a solution that no only gave the company a facelift, but also enhanced the user experience and navigation through the site.

Part of this project included a significant migration of content from the old platform to the newer version of the software. While it seems simple to transfer given the compatibility of WordPress with older versions, the size of the media library and database complicated things by causing several timeouts during the transfer. As a result we initially failed multiple times before being able to transfer successfully.

Another issue that did not make our life any easier was the fact that the old site was built as a multisite structure to facilitate a two-state structure. Our content was made for a single site and consolidated at the specific page level. This generated unexpected errors which we were able to fix to finally launch the site.

Ready to work with us?

Our site is constantly being improved for accessibility according to ADA regulations. If you have any problem reading out site’s content feel free to contact us directly by clicking here  or by phone to 305-433-3375